The Housing and Communities Minister Robert Jenrick has recently set out proposals to reform the planning system.  The White Paper details three main categories – Planning for Development; Planning for Beautiful and Sustainable Places; Planning for Infrastructure and Connected Places.  Ian Swain, Director of Planning at WBW Surveyors gives his thoughts on the proposed changes in this weeks Craven Herald…

“THE Government’s recently announced proposals for speeding up the Planning System and simplifying the process are broadly welcomed. However, we have been here before. Nearly 10 years ago Eric Pickles, the then Secretary of State with ministerial responsibility for the Planning System, was heralding reforms to a slow and inefficient planning system, that would deliver development in the right places, but at the same time protect those places of most importance and ensure a good standard of design. Boris Johnson and Housing Secretary Robert Jenrick are currently claiming extremely similar improvements will be made as a result of the latest proposed changes.

At the core of the alterations is a new simpler and clearer Local Plan document that would guide decisions on the acceptability of development proposals and zone areas for either ‘growth’, ‘protection’, or ‘renewal’. If the Government delivers on its ambitions, I suspect the biggest change will be within those locations identified for ‘growth’. Once allocated in a Local Plan, provided a proposal meets the site-specific requirements for development, then it seems that permission for new developments could be achieved more speedily within ‘growth’ areas and there would be less public participation in the process. I imagine that securing permission for housing and employment development more quickly in a Local Plan’s ‘growth’ areas, and subsequently seeing that built, is the Government’s key objective in terms of aiming to get the country building on a scale that it hopes will drive economic recovery.

Outside of the ‘growth’ areas, it is not clear that the changes will be so significant or lead to a faster simpler planning system. It is probable that within a primarily rural area such as ours, there will be limited designated ‘growth’ areas. Development proposals will continue to be considered by the Local Authority and their merits assessed as they always have been.

The limited resources available for Local Authorities to deliver these new style Local Plans in a prompt and timely manner is going to present a significant challenge. Planning Authorities across the country struggled to promptly produce new Local Plans following the last major change in planning policy approximately 8 years ago. Without significant extra resources allocated I believe similar problems will arise this time around, notwithstanding suggestions of sanctions for failing to deliver.

Firstly, Local Authority resources are likely to be further reduced as a result of Covid-19. Secondly, the initial proposals suggest that the opportunity for community consultation at the planning application stage is to be ‘streamlined’, but opportunity for public participation is going to be strongly encouraged during the preparation of the new style Local Plan. Active participation in the production of plans from local residents, landowners, statutory consultees, developers and other stakeholders will be extremely important, but it is unlikely to make for speedy plan production.

Finally, the future for councils both across North Yorkshire and within East Lancashire is very uncertain. Both areas are facing significant re-organisation over the next few years and the current position seems to be that larger Unitary Authorities will be established. Until decisions are made on this, and the administrative areas of these new authorities are decided, the ability to produce Local Plans is going to be severely hampered and will delay their production.”

Managing Rainfall and Runoff in the Farmyard 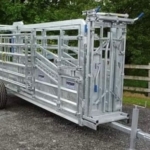